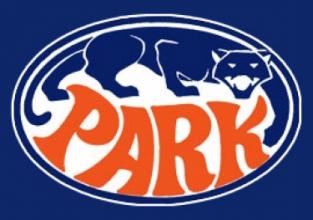 Buy tickets to sporting and other events using this link!

video tutorial on how to use the Ticket Spicket app

Feel free to visit the SEC to view all school schedules and sign up for alerts at www.southeastwi.org.

The programs that are offered are education focused and look to develop student-athletes who become productive citizens in our community. Student athletes who compete on behalf of Park High School are expected to represent the school in a positive manner both in and out of school. Student athletes past, present and future wear the blue and orange with pride!

Each student-athlete is expected to abide by the policies and procedures set forth by RUSD in the athletic codebook. If you have any questions regarding the codebook, please contact the Park Activities Director.

The athletic training office is located in the field house hallway next to the girls varsity locker room.  All students must sign in if receiving services from our athletic trainers.

Parents and students interested in playing college athletics should visit the NCAA Eligibility Center and create a profile.  Please use the current NCAA Eligibility Guide to help you along the way or feel free to contact your student's counselor.

NCAA member schools require incoming student-athletes to build a foundation of high school courses that will best prepare them for the academic expectations in college.

Click on the topic below to learn more on WIAA Rules and Regulations:
Eligibility Rules
Amateur Status
Coaching Contact

Park High School was one of the first high schools in Wisconsin to have wrestling. "Buck" Weaver started and coached the team in 1933. The state meet was held at Park High School in 1948. Since then it has been held in Madison at the UW Fieldhouse and the Kohl Center. Park has produced 20 State Champions. The last State Champion from Park was Mark Sommer in 1992. Park has also produced 16 runner-ups. Park has won 2 State Championships, in 1967 and 1969. Those teams were led by Duane Kleven who would eventually go on to become the Head Coach at the University of Wisconsin. In 1994, Park produced a record 10 State Qualifiers to the State Individual Wrestling Tournament as well as qualifying for the State Team Tournament. In 2000, Park produced 6 State Qualifiers and again won the Team Sectional giving Park it's 2nd appearance at the State Team Tournament. In 2003 Park sent 7 State Qualifiers to Madison, and the 2009 team sent 6 State Qualifiers to wrestle at the Kohl Center. In all, Park wrestlers have medaled at the State Tournament over 70 times. In addition, Park has had over 150 individuals qualify for the State Individual Tournament.

Jon Burdick (Head Coach)
Jon Burdick is a former Park wrestler that graduated in 2001. When he graduated he was the all time wins leader at Park with 140 wins. He was a 3x State Qualifier and 2x State Placer. He wrestled at UW-Stevens Point after high school. Jon came back to Racine and has been coaching at Park for the past 7 years. He is currently in his 4th season of being the Head Coach for the Panthers.

Cameron Pope (Assistant Coach)
Cameron Pope is a former Horlick wrestler that graduated in 1999. He was a 4 years letter winner at Horlick and ranks among the top in all-time wins for the school. Cameron is in his 2nd year coaching at Park.

Luke Adams (Volunteer Coach)
Luke Adams is a former Park wrestler that graduated in 2000. While at Park he had an impressive 77-4 record over 2 years and was a 2x State Qualifier. Luke wrestled in college at UW-LaCrosse helping them win Conference Titles in each of his years there. Luke has been coaching at Park since 2007.